​The wolverine (Gulo gulo) is the largest land mustelid. His massive head is reminiscent of a bear and his reckless character inspired the famous comic book superhero "Wolverine". Its powerful paws armed with semi-retractable claws are a great asset for self-defense and for climbing trees. 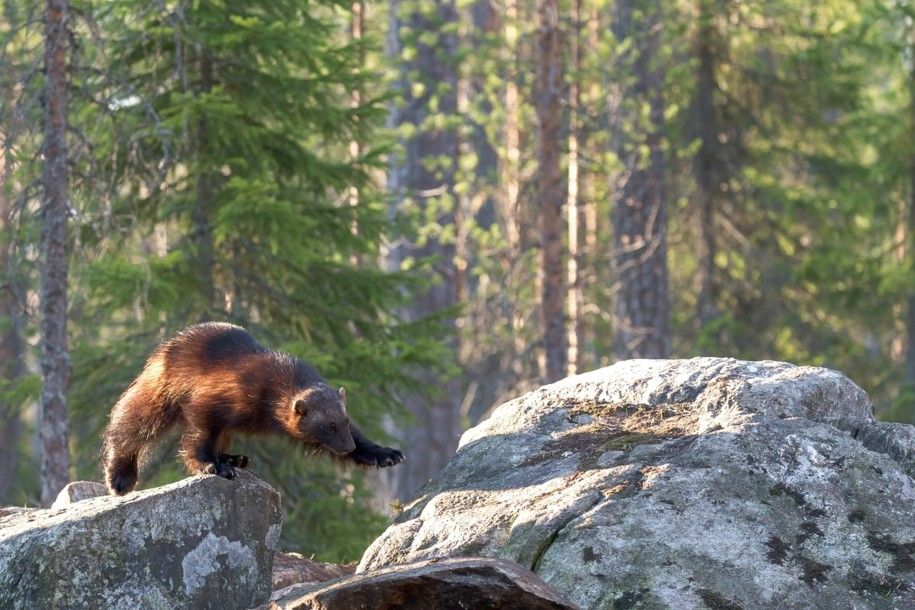 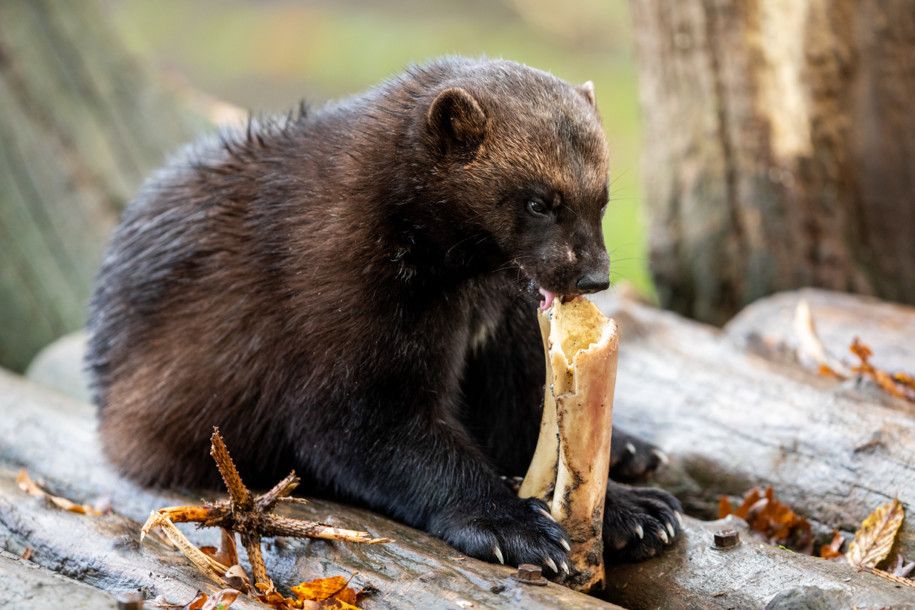 ​The wolverine is not afraid to attack bigger than itself. A formidable solitary and mainly terrestrial hunter, it is all the same a good climber and a good swimmer. Despite its sharp claws, it suffocates its prey by grabbing them by the throat with its powerful jaw.

Opportunistic in nature, it is also a scavenger and sometimes prefers to spare itself a costly hunt in energy by dislodging its competitors to steal their carcasses.

Although massive, its short legs give it a very good adaptation to snowy landscapes. Thanks to its excellent sense of smell, the wolverine is able to smell dead animals that have been buried under deep snow by avalanches ... and no matter if the meat is frozen, its last molars are rotated 90 ° in order to break the meat as hard as bone!

​The global estimate of wolverine populations is unknown but a sharp decline is observed. In Russia, this is mainly due to food and space competition with humans. Its range is, however, vast but natural densities are low and the species is vulnerable to persecution and disturbance.

Threatened by over-trapping, predator eradication programs, illegal reprisals for its damage to farms and the transformation of its habitat, the wolverine has already disappeared in certain territories it historically occupied.

Protection measures and population strengthening programs seem necessary to maintain its numbers throughout its range.

View Wolverine on the interactive map of EcoZonia. Also discover where the other species are located and practical information.