The Steller's Eagle (Haliaeetus pelagicus) is the largest and most powerful eagle in the world. Also called "sea eagle" in Russian, he is a formidable fisherman.​ 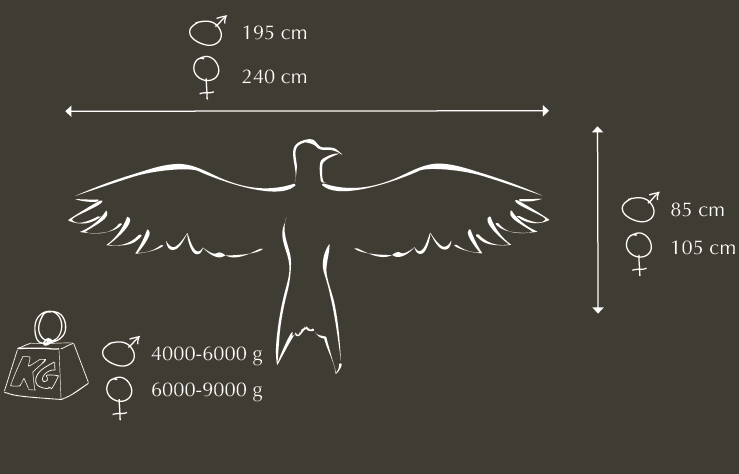 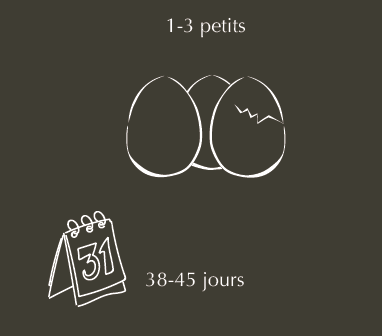 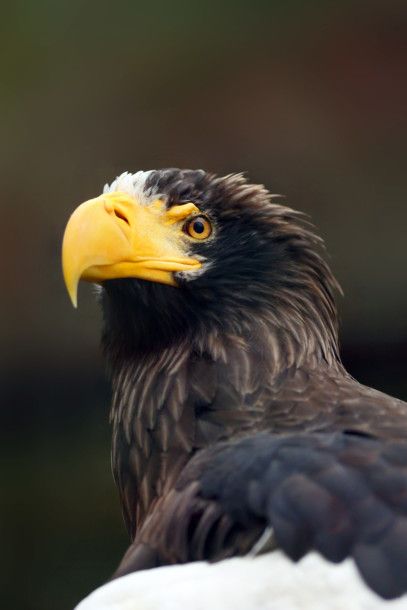 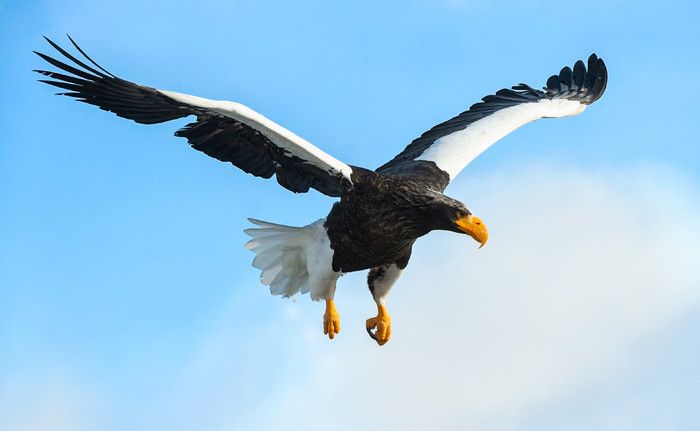 In the eyes of the eagle

​The eagle eye is among the top performers in the animal kingdom, with an estimated sight 4 to 8 times stronger than that of the average human.

The protruding brow bone in diurnal raptors helps give their gaze a proud appearance, while protecting the eye during clashes. In addition, a third transparent eyelid, called the nictitating membrane, has developed to also participate in this protection as well as in the moistening of the eye.

With its eyes looking forward, Steller's Eagle has a wide binocular field of view. But he can use both monocular and binocular vision, which means he can use their eyes independently or together depending on what he is looking at.

A national treasure in Japan

​There are now around 5,000 adults, a low number which seems stable for the moment.

This species classified as "vulnerable" according to the IUCN is threatened by habitat degradation. Indeed, deforestation tends to reduce its living space and the chemical pollution of waterways contaminates the food resources of the raptor.

The Steller's Eagle is a rare bird. This eagle is protected by law and designated as a National Treasure in Japan.

View Steller Eagle on the interactive map of EcoZonia. Also discover where the other species are located and practical information.